Holidays are always a good moment to stop and reflect a little bit about the last few projects, and this is even more true for Christmas holidays as November and December are always busy months.

During the last couple of months in Tengio we have created a few open source library and demo apps, and as a reasult we have plenty of duplicated code in build scripts.

It is time to have a deeper look at the gradle build scripts and plugins that we use and extract the duplication where possible.

I set the following requirements for this task:

It is quite easy to identify the primary source of duplication in the gradle scripts of our projects. Just by reading through a few project build.gradle files I have identified the following parts:

I hope people reading this blog are familiar with checkstyle. If you are not please google it and try to use it. In the past, it was quite hard and cumbersome to use, but nowdays there are no excuses.

The best way to take advantage of checkstyle is to create a company wide code style rule set that is as close as possible to the current standard style guidelines of you project type. Once the rule set is defined you can enforce the rules in the static code analysis phase of the build scripts and at the same time help developers use the rules with some IDE integration.

To summarise if you want to use checkstyle, you have to:

Any friction between these two rules and you will have more issues using checkstyle than not using it.

In this case I’m looking at java/android base projects. For this type of projects you can implement checkstyle with the following steps:

As mentioned before, the codestyle implementation for a project consists of the following files:

All this is fine for a single project, but as soon as you start to have a few projects you end up with lots of duplications which are expensive to maintain.

Ok so, we have one problem and we know the requirements for our solution. I think a gradle plugin is the best possible solution in this case. One of the main goals is the ability to share checkstyle.xml file for all the projects.

First thing to know: is it actually possible to include and distribute the xml file into the jar and pass it to checkstyle?

A gradle plugin is essentialy a jar. So it is possible to include a file as a resource and read it. More complicated is passing it to checkstyle plugin. With limited time I can’t rewrite the checkstyle plugin. I need to have it as a dependency and set the proper configuration to make it work.

Ok now I have to learn how to create a gradle plugin, inject a checkstyle plugin and make sure it is configured correctly.

These are the things we need to do:

Note : I will discuss only the necessary parts in the blog, if you want to look at the full code the project is open source:

Simple, just create a build.gradle file with this in your root folder:

With this in you build.gradle you have a basic groovy gradle plugin (you can also do it in java if you prefer).

Each gradle plugin needs to define a plugin id. The plugin id will also have to associate the id to a Class that implements the Plugin itself. To do that you have to create a file with name [package].[pluginId]. The file need to be in src/main/resources/META-INF directory. The file needs to contain the class association. Like in this case:

The plugin class is a very simple class in itself that implements Plugin. You can use the apply method to do your own logic.

This needs to be placed in the build.gradle of the plugin we are creating.

Going back to the TengioCheckstylePlugin class, to configure and apply the checkstyle plugin to the targeted project you need to use the pluginManager and the apply method as in this script:

To test the plugin with a demo project, I have created a simple java project with a couple of classes. There is one tricky part though. I need to publish the plugin somewhere so that my demo app can use it.

Maven to the rescue:

By adding this to your build.gradle and with the task uploadArchives you can deploy a version of your plugin locally. In the demo project you can easily pick up the plugin by adding usual plugin declaration:

Ok now everything works on a normal java project.

When you apply the checkstyle plugin to a java project, gradle will automatically attach two tasks checkstyleMain and checkstyleTest as dependencies of the check task.

With android though this doesn’t happen. This is probably related to the different way android plugin manager defines the sources paths of the project. If you have used checkstyle on android project you already know this. Anyway we basically have to do that manually:

The interesting bit is the last line:

It is adding the newly defined task as a Dependency of ‘check’. Check is one of the goals executed during an android gradle build.

I’m used to publish Tengio’s open source project to bintray, and it is possible to publish a gradle plugin to bintray. However, I noticed that there is a specific gradle repository for plugins. So I gave it a go.

Go to this link and follow the steps, this pubblication process is actually very simple (one of the best I have used so far).

Once it is published you can use it like any other public plugin:

9. Update existing projects to use the new plugin

Finally, the best part and is all about deleting stuff.

Bintray requires the maven plugin to prepare some meta-information of the artifact. Also for Android projects, bintray needs some custom configuration. See this example:

NOTE: Note the trick that we use to avoid the duplication of the versionName:

You can see the problem already. For all the Android projects we have to write the previous snippet of code.

Digging stuff on how to use checkstyle took me quite a bit and having seen the difficulties, I’m afraid I can’t follow the same plugin solution I used for checkstyle.

Luckily for me there is another clever solution for gradle to reuse code: apply from: url.

With this you can apply a script to an existing build. It is quite awesome. There is only one drawback though, the apply from: is executed after the evaluation phase. This means that it is not possible to add dependencies from within the applyed script.

Still a pretty good result. We remove all the code making sure to leave the plugin dependencies:

And we apply the script directly from the github repository:

Overall I’m happy with checkstyle plugin. Also the bintray imlementation is much better than before. I know the ideal solution would be a plugin for bintray too, but I leave it for another holiday.

To be honest all this was also an elaborate excuse to get to build some plugin with gradle. I always wanted to try it. 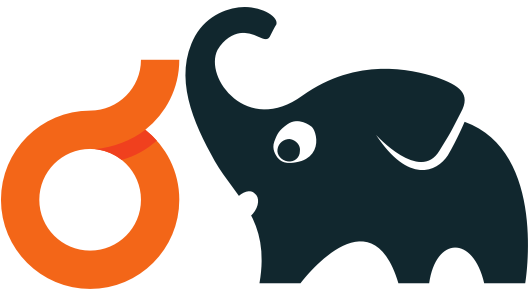 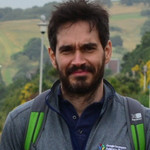