The original build of the game was an easter egg hidden in another VR project. Using some free models available online, our lead VR developer built a small FPS game in which the player stood in a grassy landscape and shot at green chickens with a sci-fi laser gun. The prototype proved popular in the office, and so when Google announced a competition for Indie games built during 2016, this was used as the basis for our entry, and a good chance to experiment with the Daydream platform. Starting our project in late November left us with a short development time, but at Tengio, we pride ourselves on creating high quality projects under pressure.

A VR game, more than even a regular video game, is designed to be highly immersive because the player experiences it from an “inside” perspective rather than looking at a screen, which is more like a window into another world, or a desk full of descriptions of events. Every element in the game is modelled to create a consistent cartoon world the player can enjoy inhabiting. Over time, as data on the playerbase emerged, we moved away from the initially bright and childlike aesthetic to something still cartoonish and simple, but with a more masculine, nostalgic feel aimed at an average player who was a 29 year old man; more like 80s and 90s action figures and comics, which are brightly coloured and simple, but also blocky, strong and a bit grunge. Due to the need to render every frame twice, VR is more intensive for the system to process than a standard 3D game, so aiming for lower polycounts and fewer texture draws is currently best practice; framerate drops are annoying on most games, but in VR, they can cause disorientation and sickness due to disconnect between head movement and motion. Most VR games on mobile devices are currently rendered with simple diffuse textures rather than the high resolution physical based ones seen on games on current gen consoles. This was no great issue on our project; the small team and the humorous scenario of the game meant that we had already decided to design the visuals to a simple, cartoonish style. 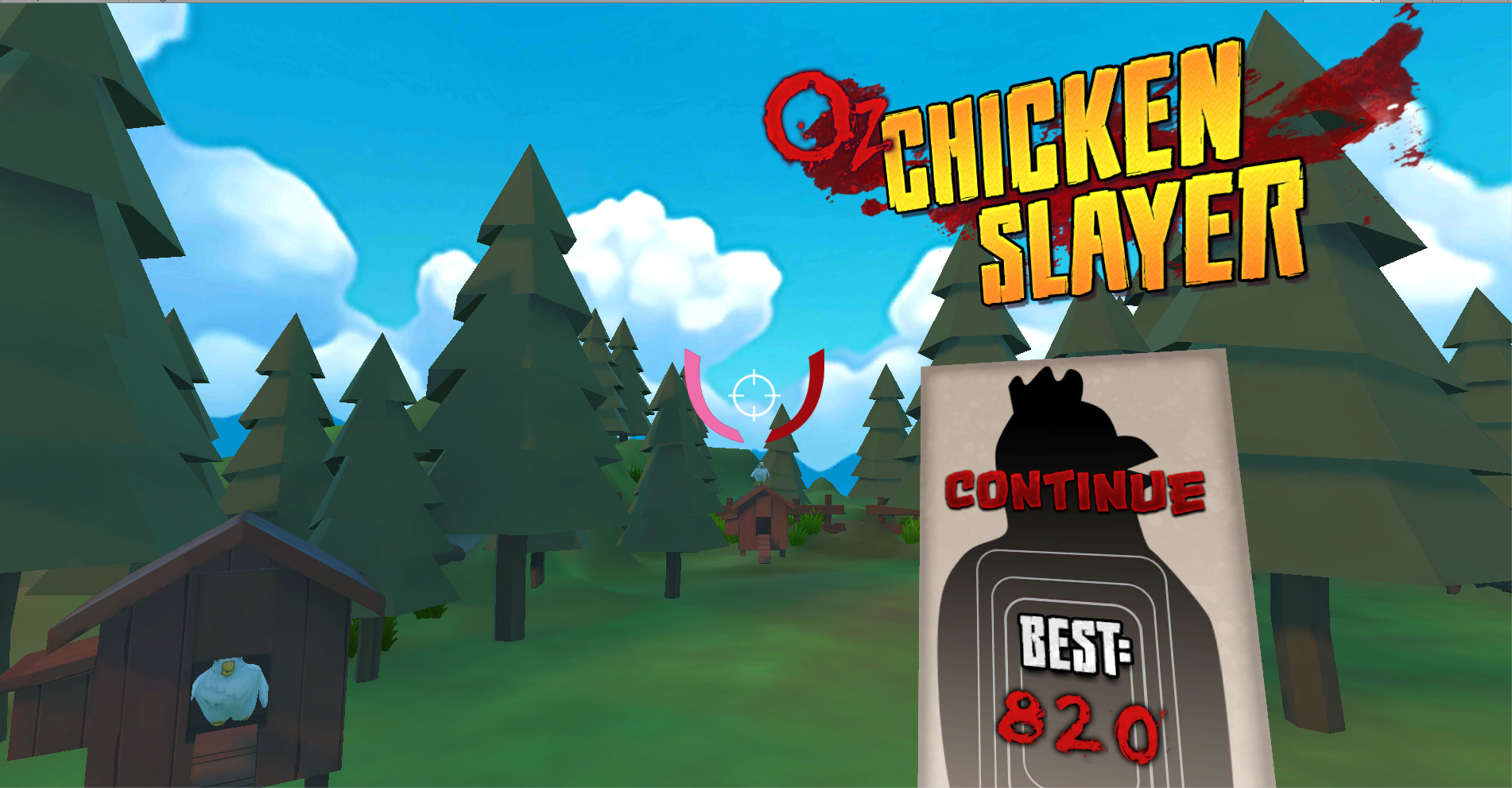 One of the great challenges of the 3D world, is the user interface. In a typical game, the user interface elements, such as buttons, health meters or the crosshair of a gun are overlaid on top of the game, like sticking a post-it note over your monitor. In VR, this can’t work. At best it will be hard to use or distracting, and at worst you will give your player motion sickness. The UI must exist in 3D space. Our lead developer endeavoured to create a crosshair that felt intuitive to the player; a flat plane always facing the player that floats in space a set distance away from the end of the gun barrel; the player ideally shouldn’t know when picking it up that it was difficult to implement, because it feels like such a natural way to see where you’re aiming inside that world.

In the period after release, helped by feedback, we could analyse some of the areas of the game that were open for improvement, recognising several key areas that could be more engaging. Our response was to push with quick sprints to implement as many features as possible to polish the presentation, improve visual and sound feedback and push up the “glass ceiling” effect caused by lack of variety in enemy types and the single game over condition that became unavoidable after a certain point when enemy numbers inevitably overwhelmed the firing rate of the gun, making it literally impossible for even the most skilled player in the world to continue. We have so far been able to alleviate the effect by adding a health system and a “rage” mechanic, where after a certain number of kills, the player can rapidly fire without loading to clear a backlog of enemies, but we still consider this issue an ongoing one and all current work is on diversifying the gameplay with new enemy types and weapons. 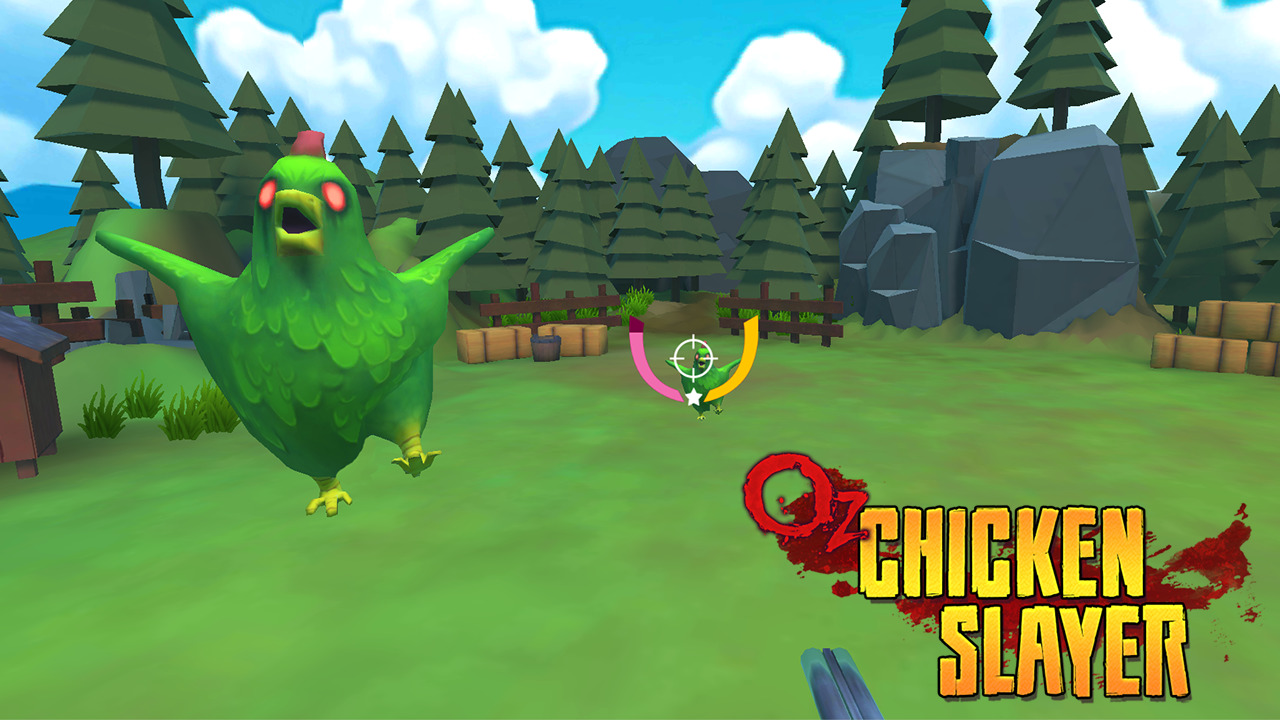 Oz is still a work in progress, and has been an enjoyable challenge to work on, and we’re excited for the future improvements as well as versions of the game for new platforms like Oculus and Vive. The game has recently been featured on the Daydream store, which brings with it new players and the drive to improve the experience further.